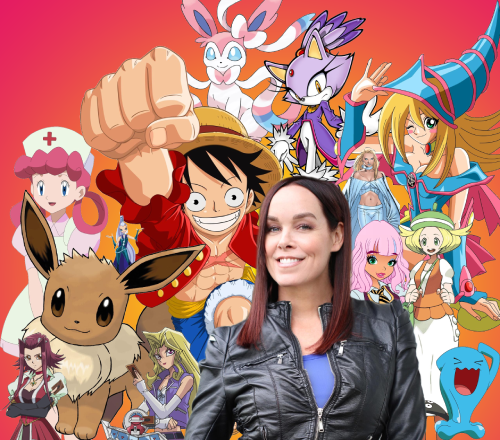 Erica is one of New York's premier voice actresses. She has provided the voice for over 150 characters in the world of animation for television, film and video games over the past 15 years. Erica is known for being active in the autistic community, supporting her fans' challenges and triumphs. She has voiced over 10 characters in the 5 YU-GI-OH series, making her the only voice actress to appear in all 5 series including such characters as: Mai Valentine, Akiza Izinski, Dark Magician Girl, Rally Dawson and Cathy Catherine. Over the years she has voiced over 50 characters and various Pokemon on POKEMON including: Nurse Joy, Fantina, Bianca, Grace, Meloetta, Pidove, Panchum, Sylveon, Tapukoko and many more. Other notable roles include: Monkey D. Luffy in ONE PIECE, Blaze the Cat and Wave the Swallow from the SONIC video games, the legendary Emma Frost in Joss Whedon's Stop Motion Comic ASTONISHING X-MEN, Faragonda, Icy the Witch, Piff, Daphne, Galatea, Squonk and Critty from WINX CLUB, Lyserg from SHAMAN KING, Rai and Komorka from TAI CHI CHASERS, Bridgette Verdant (Lettuce) from MEW MEW POWER, Olgariki from GO GO RIKI, Shiho from AH! MY GODDESS, Scarlet Claw in CUTIE HONEY, from the makers of THE TRIPLETS OF BELLEVILLE, The Spirit of the Mountain (role shared with Sean Schemmel), in THE BOY WHO WANTED TO BE A BEAR, The Witch in the Cannes Film Festival's LITTLE LONG NOSE and many more titles. Select newer roles and releases include: YOUR NAME, GUNDAM SEED and GUNDAM DESTINY (role to be announced), Melissa Trail in YU-GI-OH Arc V, Akemi in ZETMAN, Yurika Yamagiwa in PSYCHIC SCHOOL WARS, Zarafa in ZARAFA, Nagako Aoki in MAI MAI MIRACLE and her newest role to hit Saturday morning, Astoria Rapunzel on Nickelodeon's fantastical REGAL ACADEMY. The second season is now airing on Nick Jr. Erica recently recorded a song as the character Elita in Signe Baumane's new animated feature with Cameron Monaghan and Emma Kenney of SHAMELESS and Matthew Modine of STRANGER THINGS, coming out in 2018 titled, MY LOVE AFFAIR WITH MARRIAGE. She also starred as Betsy in an episode of the award winning podcast, THE TRUTH, featured on such shows as ALL THINGS CONSIDERED and THIS AMERICAN LIFE among others. Erica is currently working on Dan Green's much anticipated audiodrama, CROSSING THE GODS as Dominea. Erica recently took over the role of Wobbuffett for POKEMON SUN AND MOON.

In addition to the several POKEMON, SONIC and ONE PIECE video games she has worked on, Erica has also voiced characters in several other video game titles such as: SHADOW HEARTS: FROM THE NEW WORLD, WHITE DAY, LITTLEST PET SHOP, DUNGEON HUNTER V, JUST CAUSE 3, SUPER SMASH BROS., INSECTICIDE, and many more. As a theater and musical theater actress, Erica has also appeared on Broadway, Off-Broadway, and regionally. She also sings on the original cast recordings of JANE EYRE, SHOUT! THE MOD MUSICAL and a bunch of other concept albums. Erica has won a SALT award for MY MOTHER'S LESBIAN JEWISH WICCAN WEDDING and an Outstanding Acting Performance Award in the 2014 ZED FEST FILM FESTIVAL for the television pilot, ZOM-COM, playing opposite Dan Deluca and Sonic actor Jason Griffith. Her greatest gift to this world is her role as mother of two babes. You can see what she's up to on her fan page: https://www.facebook.com/Erica-Schroeder-164914246916696/. You can find her on Instagram at: https://www.instagram.com/ericaschroedervoiceactress/. You can see more listed anime titles and roles at: http://www.behindthevoiceactors.com/Erica-Schroeder/. 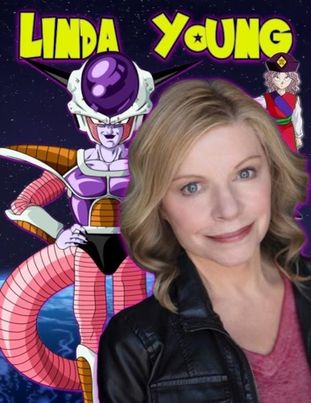 Her other roles include Piiza and Fasha from DBZ, Arale from Dragon Ball, Porlyusica and Grandeeney from Fairy Tail, Landlady from Double Decker, Monaka from That Certain Magical Index, Grandmother from Orange, Narrator for My Bride is a Mermaid, Ikumin Ito from Shiki, Xiao's Grandmother in One Piece, Enta's Grandma in Sarazanmei, Suki's Grandmother in Fruits Basket, Chiyo Kumasawa in Umineko When They Cry, Snow in D7 Peacemaker, Shan in Full Metal Alchemist Brotherhood and bit parts in Ace Attorney, Attack on Titan, Detective Conan, One Piece, Gunslinger Girl, Ghost Hunt, Kiddy Grade, Dances with Dragons, Sakura Quest and more! Linda also wrote and performed in JJ and the Fruit Troops, a syndicated children's radio show. She wrote over a dozen Murder Mystery Comedy Shows and performed for Murder Mystery Players. Linda performed with Mixed Nuts Comedy Troupe. You may have heard Linda on syndicated Page Turner Radio or advertising for Grandy's, Busy Body, JC Penny, Office Depot, McDonald's, The Dallas Mavericks and more. 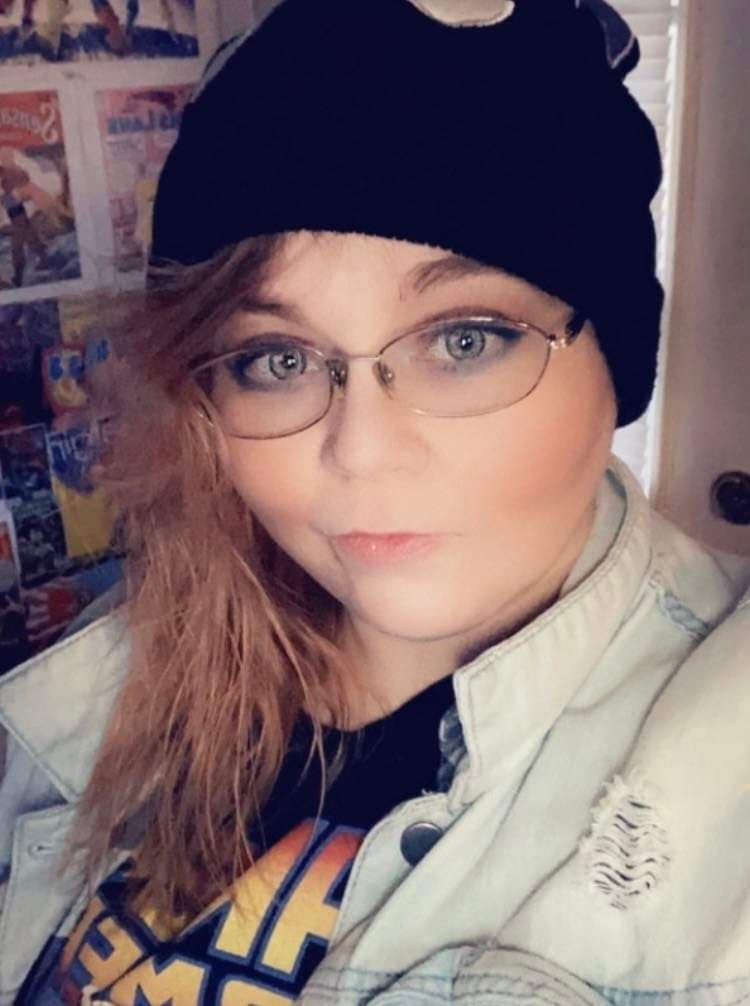 AJ Terry, soon to be Fahr, is a Missouri born artist from the Branson area. She works as a newspaper reporter in Taney County.

When she is not working she is, well, working. She owns her own business aBeesCreations, is a senior contributor for GeekyKOOL.com and contributes to Skallywag Productions YouTube channel. She has spent years working in the artistic, fashion and theatrical world. Her props, masks, accessories and hats have been featured on runways, theater productions, photo shoots, in magazines and in a wide range of commercial enterprises.

She specializes in custom made costume props and accessories.

Her love of history and pop culture is seen in her art. She loves fantasy and dark characters, her works in many mediums showcase this interest. AJ is also a wedding officiant who specializes in ceremonies with cosplay, sci-fi, renaissance, Rococo Punk and steampunk themes. 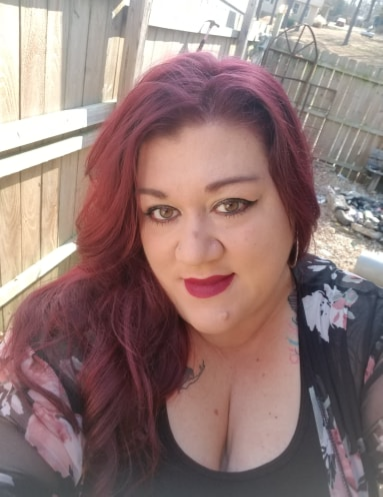 She's the author of 9 novels that are currently sold worldwide. She writes just a little bit of everything; young adult fiction, young adult paranormal, thrillers, contemporary romance and coming of age. Her very first story was written when she was in the 5th grade about a haunted room on an abandoned cruise ship.

Christine just finished nursing school in December of 2021 and is continuing on with her nursing education. She currently works as a home health nurse and eventually plans to become a traveling nurse.

She became an advocate for ASD (Autism Spectrum Disorder) in 2014 when her youngest son was diagnosed.

"Being around him has caused me to see the world around me in a different light. It's helped me be a better mother, friend, wife, woman and all around better person."

You can pre-order her book Swelter, with special prices by following the link below. Details are in the link!

Links for connecting with Christine: 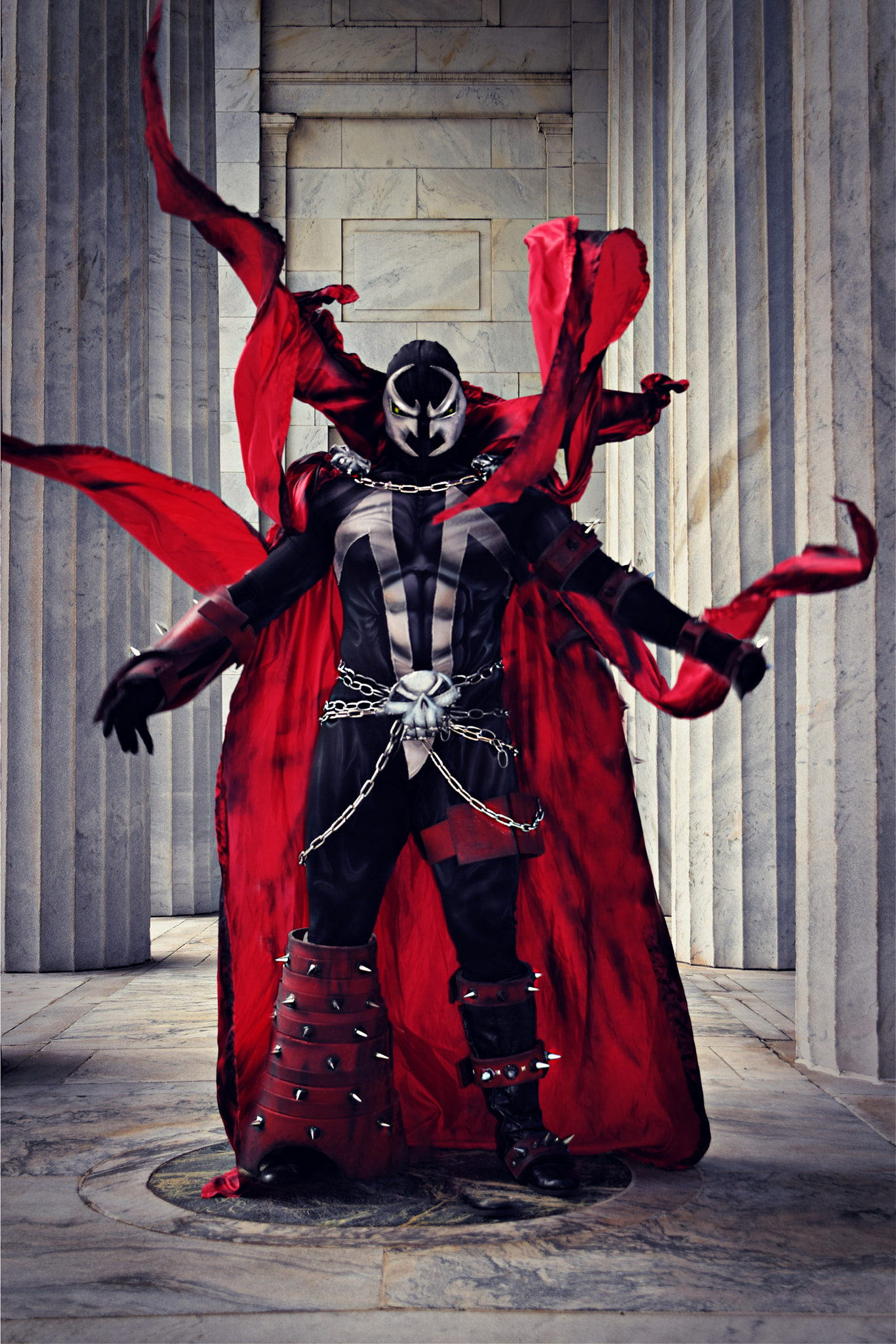 Michael "Knightmage" Wilson was born and raised in Cleveland, Ohio and now resides in Youngstown, Ohio.

A current decorated 22 year Deputy Sheriff for the Mahoning County Sheriff's Office in Ohio, Micahel has been cosplaying since 2012. Having created over 300 costumes, Michael is an award winning cosplayer with many of his creations being praised and displayed on numerous platforms in print and online. Michael is noted as one of the most influential and diverse male cosplayers in the world. Along with judging cosplay contests Michael often hosts cosplay panels and workshops at conventions showcasing the creative, positive, inspiring and supportive side of cosplay.

Having a love for acting and stunt work, Michael has worked on several Hollywood comic book movie productions. Michael was also an alternate for the 2006 reality show "Who Wants to be a Superhero" hosted by Stan Lee. Michael has worked on and has been featured in several fan films and productions such as the popular YouTube series "MAN AT ARMS: Reforged". Michael is also a spokesperson for FX latex product, Zombie-Skin. Michael has also created various costumes for World Wrestling Entertainment superstars. In 2022 the word "Knightmage" was added to Urban Dictionary describing some of the many positive cosplay philosophies that Michael holds along with others in the cosplay community.

Genuinely loving to entertain, make a positive impact and bring smiles, Michael most often uses his costuming by bringing awareness and participating in many charitable events, benefits, parades, birthdays and hospital visits to children. This has led him to becoming a member of esteemed costuming groups all over the United States such as "The League of Heroes, The Heroes Alliance-Ohio Branch, East Coast Avengers, Costumers with a Cause and Superheroes to Kids in Ohio and Heroic Inner Kids". Michael often works closely with charity organizations as a sponsor and has partnered with over 150 various organizations around the world to fundraise and bring awareness to these organizations. Michael has received numerous awards for his charitable deeds including the "Outstanding Service Award" from Credit Where Credit is Due, the CosBravo Award and most notably the "Presidential Volunteers Award" from President Barack Obama and the White House. 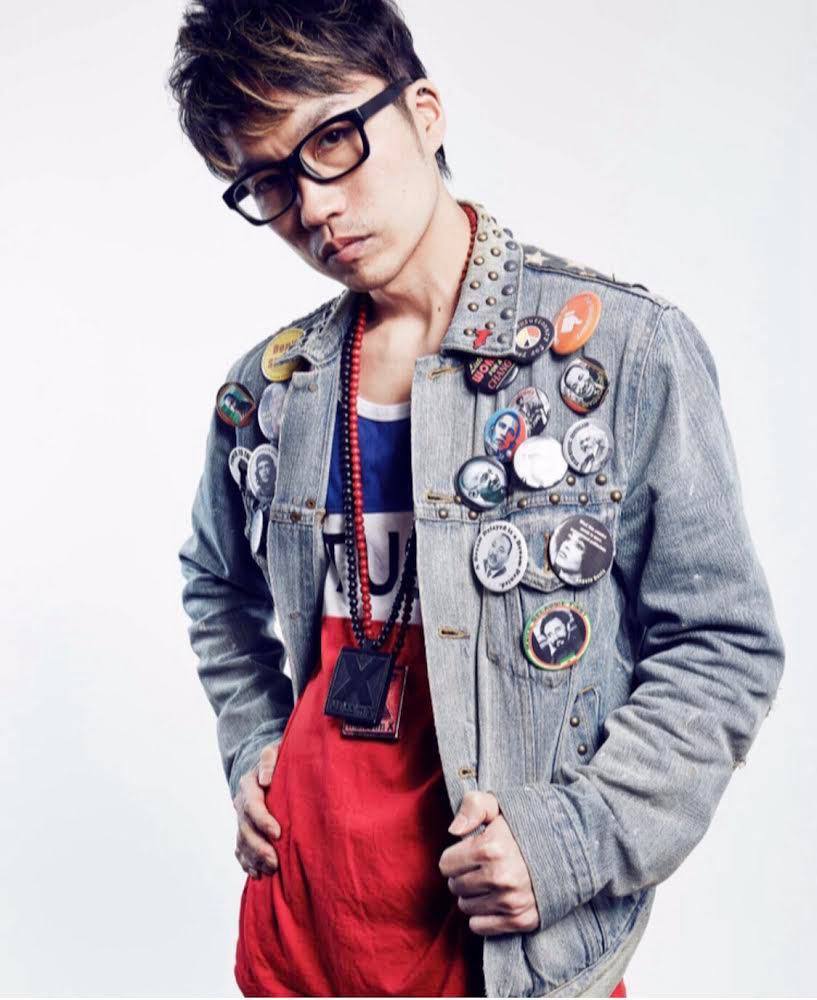 Kohei is an IFA United Nations international ambassador singer (Commanded by United Nations) who perform at the Anime conventions, Japanese festivals and Asian festivals in the US. 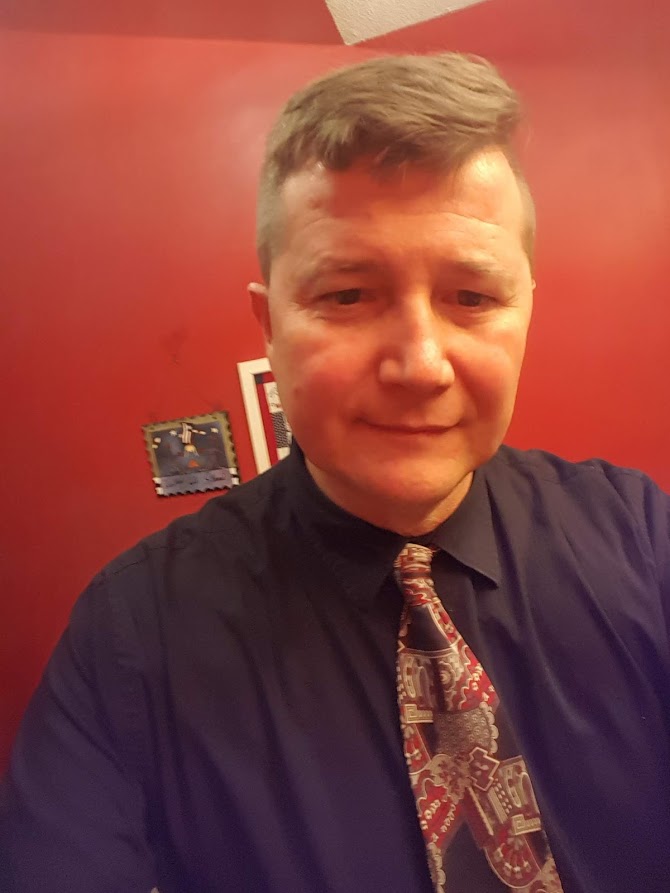 Larry Litle is the Chief Creative Officer of the website GeekyKOOL.com. He is based out of Springfield, MO.

Larry is a lifelong geek. He was raised as a second generation comic book collector. He loves Science Fiction and Fantasy. He enjoys Steampunk, dieselpunk and cyberpunk. He is into classical movies.

Larry is a writer. He is a published poet. He writes short stories. He is working on his first novel. He is the head writer, editor and Chief Creative Officer of GeekyKOOL.com. GeekyKOOL is a website dedicated to all things that we find Geeky and Kool. We love comic books, sci fi, fantasy, technology and many other things. You will find movie trailers, movie reviews, comic reviews, tech articles, original writings and many other things. The staff is dedicated to regularly updating GeekyKOOL.com with fun and relevant articles and posts.

GeekyKOOL.com is a family oriented website. We will keep the language clean and appropriate. We will not post links to inappropriate sites or links that are not safe for work or graphic photos/videos, but we will write and review about movies, television shows, books, comics and stories that may not be appropriate for all ages. 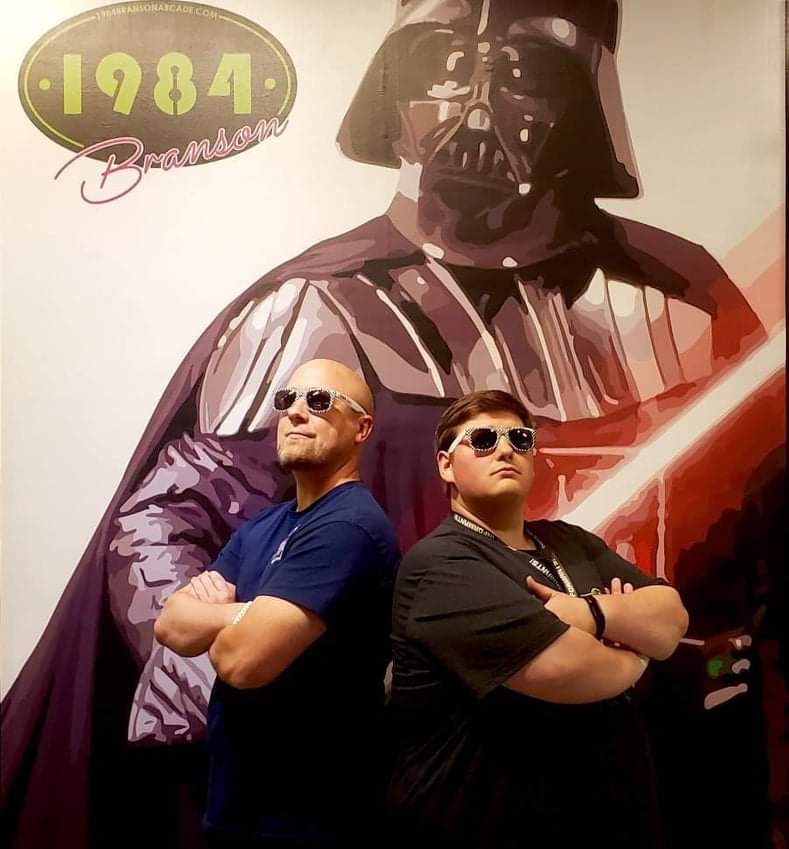 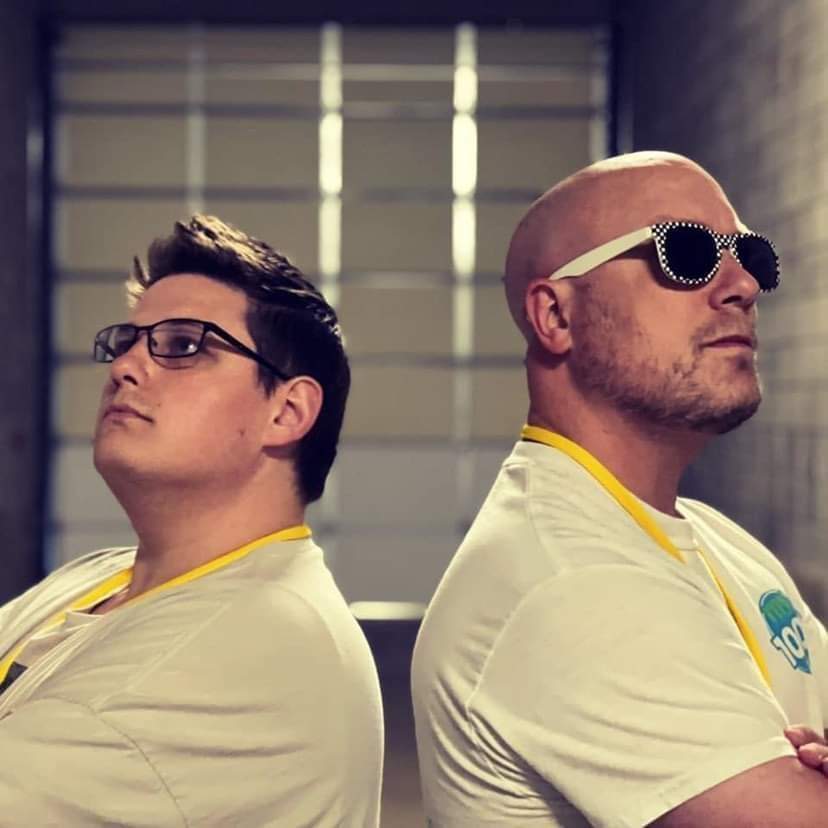 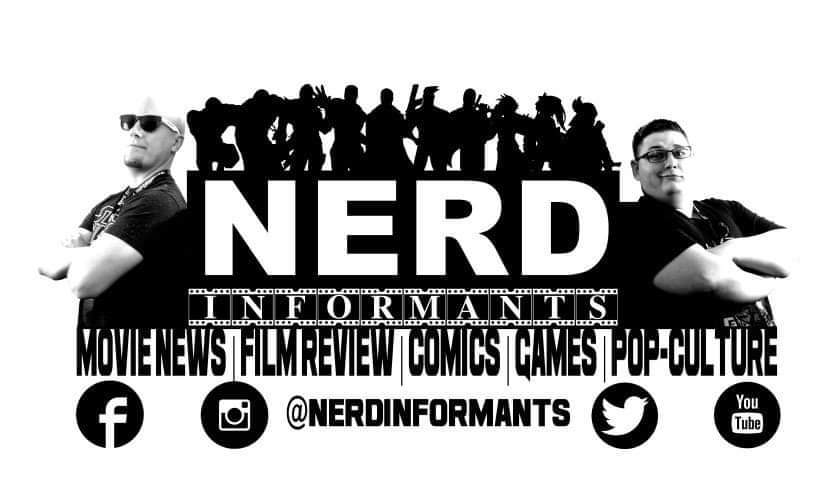 Two Nerds. One Mission. Keep the nerds of the world informed!

Nerd Informants began as a simple weekly nerd news vlog, but has transformed into a one-stop source for fandoms of all demographics to find the best breaking recommendations, comic con adventures and their personal Nerd-ventures!

Among their content, followers will be able to enjoy their regular interviews with celebrities and their new podcast The Informants NerdCast. Nerd Informants also has video game streaming for viewing on Twitch and Mixer! 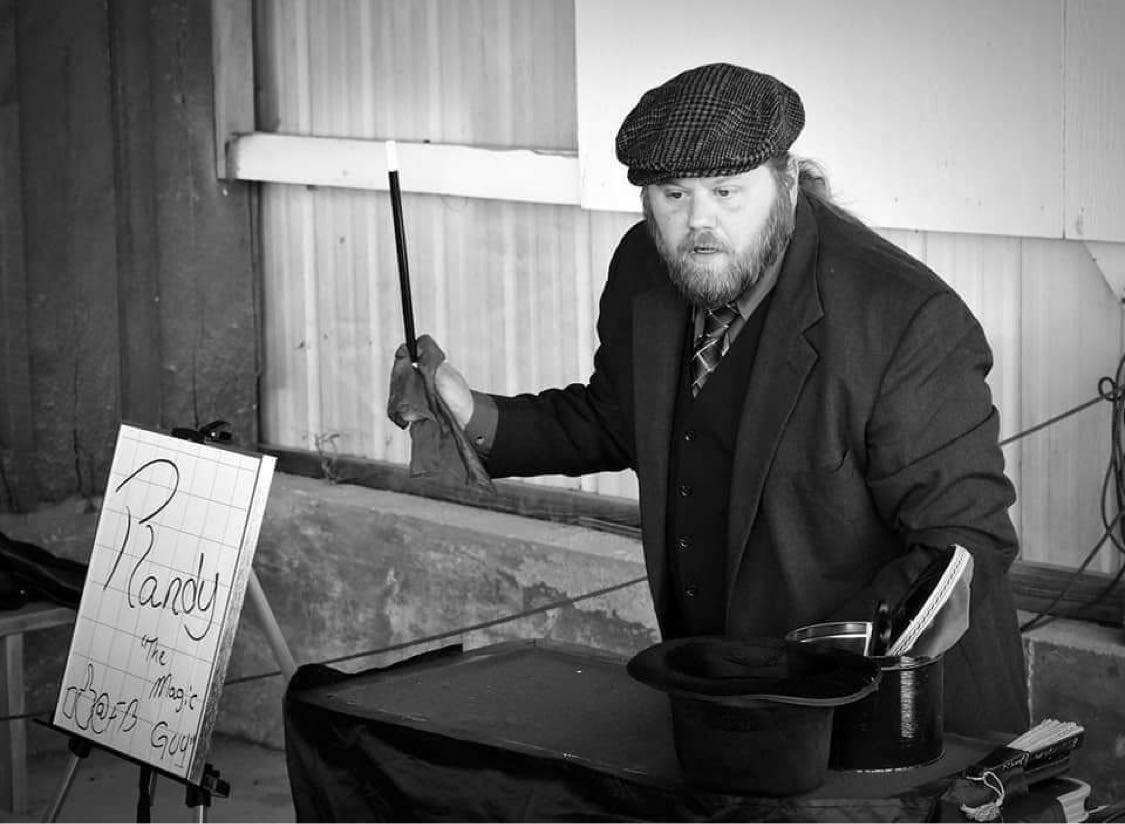 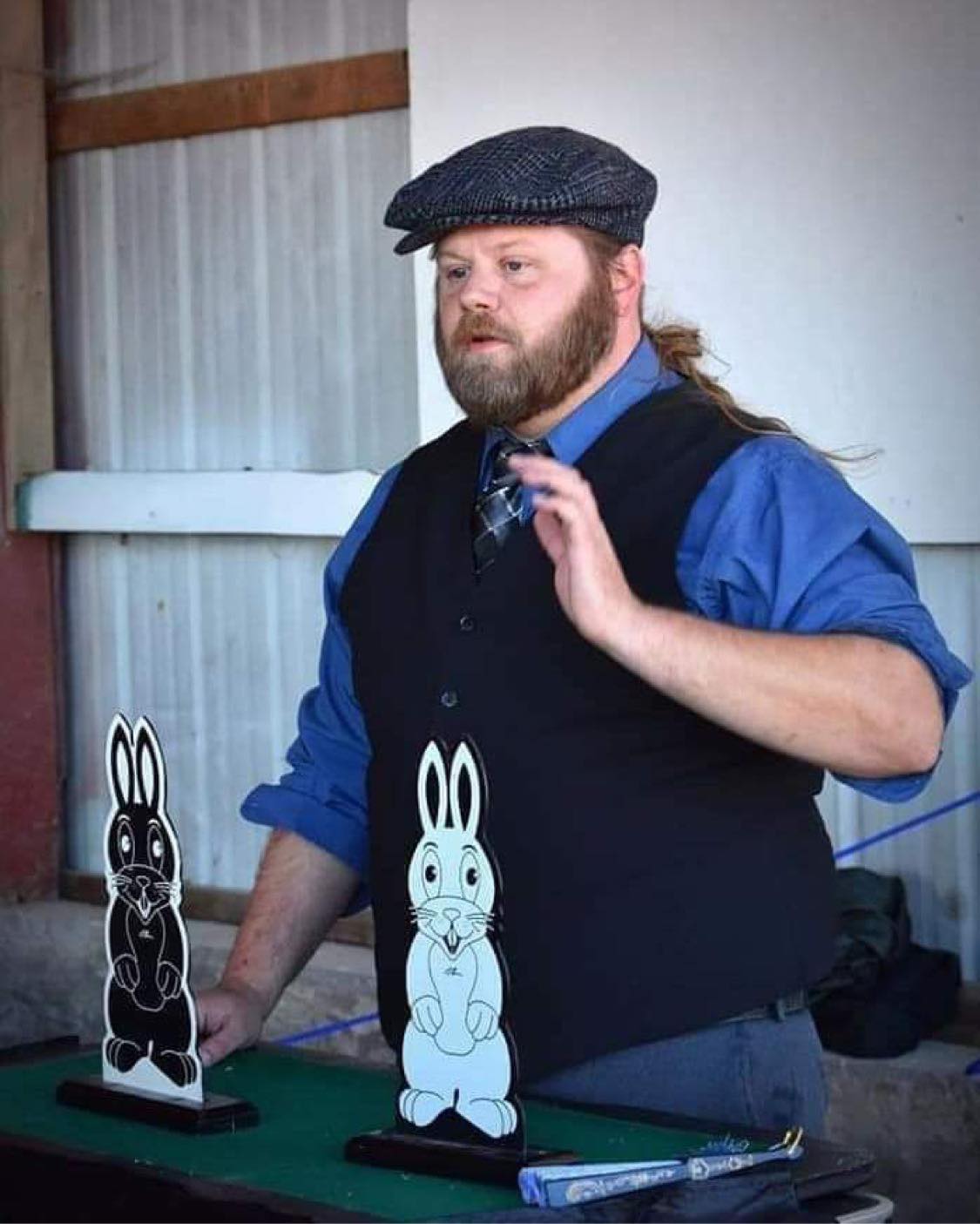 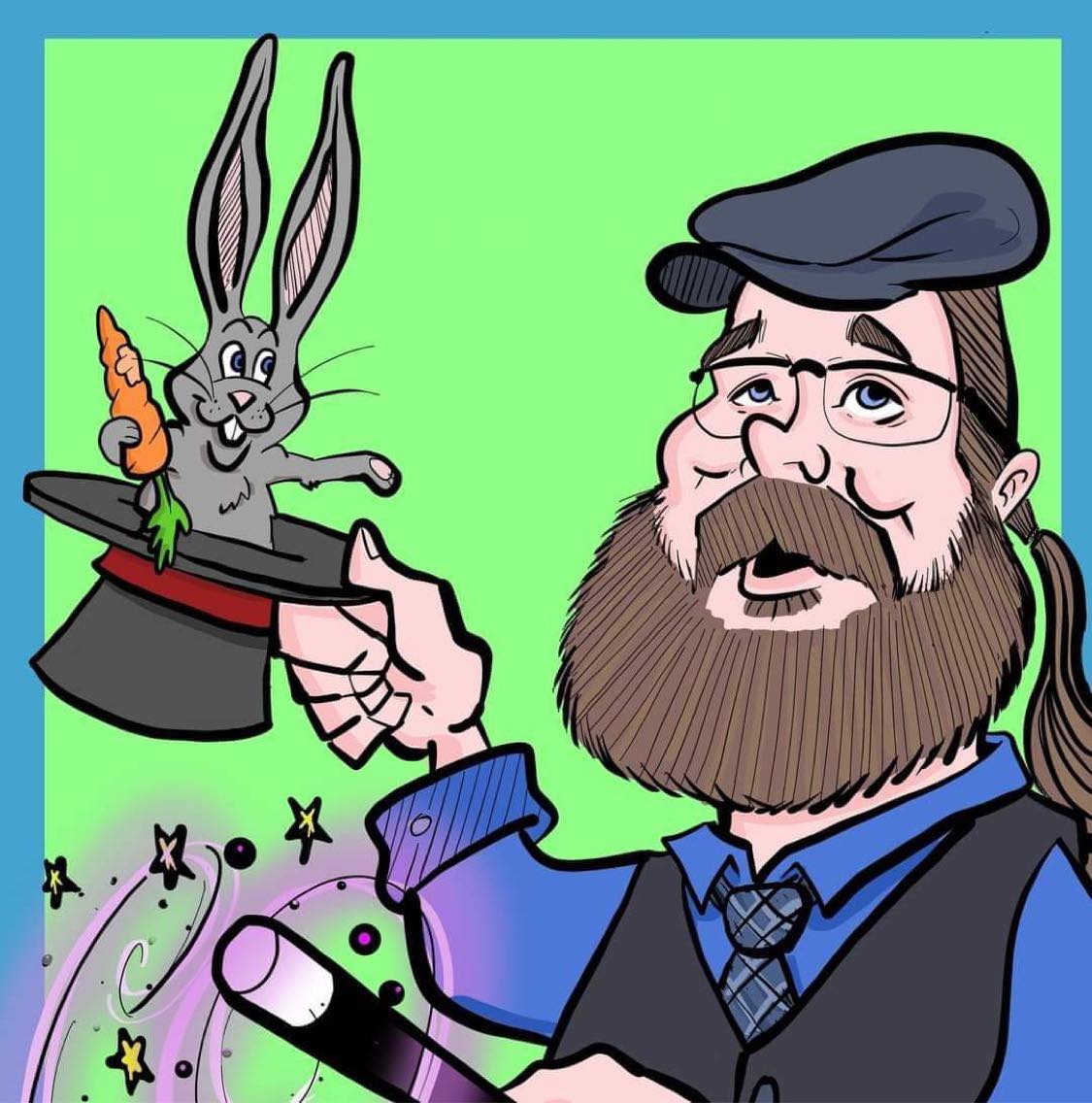 INTRODUCING... Returning magician, Randy the Magic Guy! West Plains' local that has performed in many of our local eateries and gathered crowds at festivals like the pumpkin patch and haunting of the hallows. He has won awards at talent shows and entertained guests of all ages with his magical sleight of hand! He will be roaming the floor performing close up sleight of hand for the attendees all weekend. Be sure to stop and say "Hello" if you see him on the floor. In the meantime, you can check out his social media at: 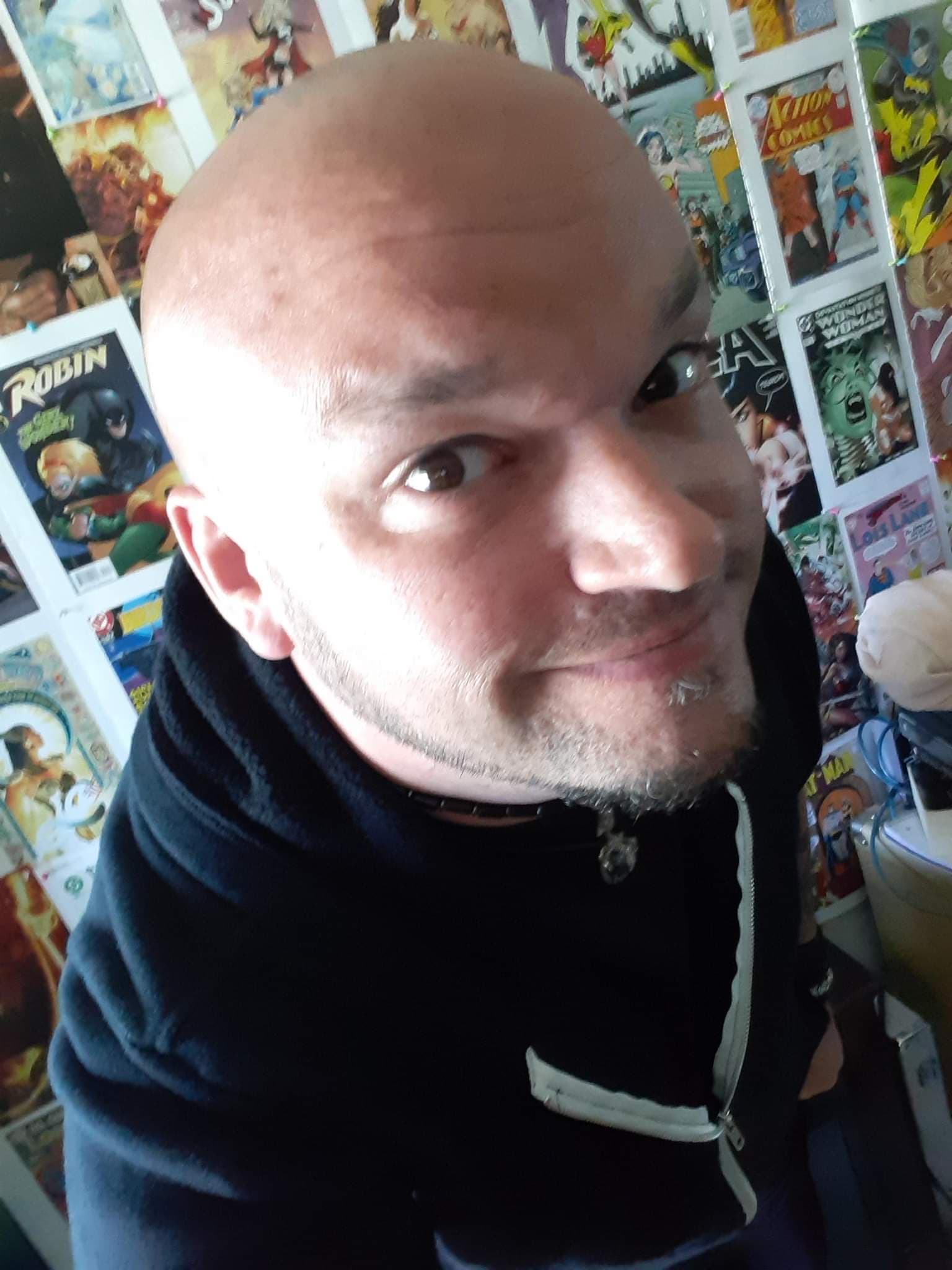 Shpoo Fahr is a lot of things... YouTuber, Cosplayer, Musician, human (although that one is questionable)... and all around lover of all things Nerd!

Shpoo is the creator of the Skallywag Productions channel on YouTube, where he covers everything from movie reviews, to fun, useless facts, to some of history's most bizarre and enigmatic events! He also appears on GeekyKOOL's weekly live-stream, from time to time.

Speaking of enigmatic things, Shpoo has made a name for himself cosplaying as 'The Springfield Riddler'! You can almost always find him Riddlered-Up any time there is a Batman-related event, cosplay gathering, or sometimes just because it's a Tuesday and he felt like it! Because let's face it... If you were to ask him, he would say that he does not PLAY The Riddler, he IS The Riddler!